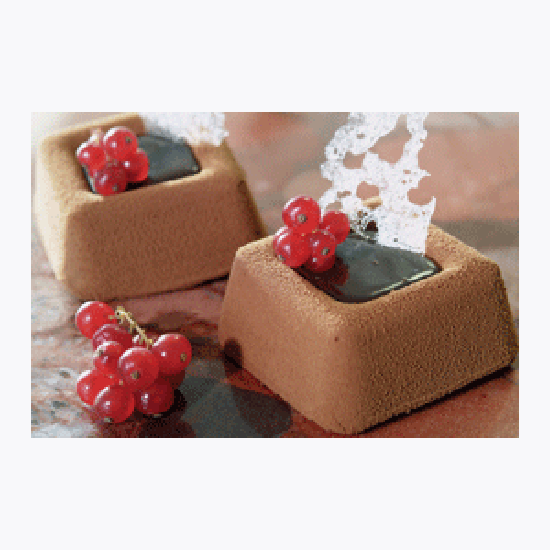 Made of a combination of fibreglass and high grade silicon, suitable for food. Moulds are no longer required to be greased, perfect for unmoulding without any breakages. Trays and moulds can be cleaned easily. Several products can be used using the same mould, giving free rain to the users creativity. The mould can be used 2000-3000 times before the first signs of sticking will appear. Can withstand temperatures from -40 to + 280C. 12 moulds 70×70 H30, sheet 400×300

There are no reviews yet.